Amethyst Mauntell is a tribute from District 1 but lives in District 8. She was originally created by The Targaryen of District 4. 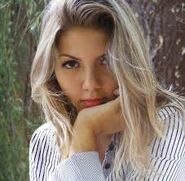 Amethyst was born, in District 1, out of incest to Katelyn and Michael Mauntell. She was born the eldest of three children.

For an unknown reason, Amethyst, Ralen and Narcerion were suddenly taken into care just days after their birth. They would spend the next three years in care, forgetting their parents.

It was Amethyst who was adopted first and it was also Amethyst would prove the luckiest out of the trio, as she would be taken into the care of her own first cousin once removed (Horatio) and her great-aunt (Arcania), who had travelled all the way from District 8 to District 1 in hopes of adopting a beautiful child. They didn't realise that they'd end up adopting another Mauntell.

Horrified at this discovery, mother and son vowed to keep Amethyst's true parentage a secret.

For the next eleven years, Amethyst grew up to be a happy, joyous girl, who believed that Horatio was her father, Arcania was her grandmother and Horatio's daughter Ainslee was her sister. She loved to play with Ainslee.

She didn't seem like the type of girl who was born out of incest. She had no deformities and was healthy.

However, all Amethyst had known would come to change as one day, she grew curious and wanted to know more about the Mauntell family and it's history. That's when Arcania had to sit down with Amethyst and tell her the truth about her parentage and that Horatio was actually her first cousin once removed, not her father, Ainslee was her second cousin, not her sister, and Arcania herself was actually Amethyst's great-aunt, not her grandmother.

Now growing more inquistive due to learning the truth, Amethyst decided to find out about the whereabouts of her brothers, only to find out that Narcerion had died in District 4, as a result of an "unfortunate accident".

Soon afterwards, Amethyst was visited by none other than Ashlynn and Lucius Mauntell, who she had previously perceived to be her cousin and her first cousin once removed respectively. Amethyst revealed to Ashlynn and Lucius all she had found out from Arcania, as well as what she had discovered about Narcerion.

In return, the pair revealed to Amethyst what had happened to her biological parents, Katelyn and Michael. Amethyst wasn't fazed by this. As a matter of fact, she was sympathetic towards the mother and son standing before her. Both Ashlynn and Lucius smiled at Amethyst, before saying goodbye to her.

Amethyst is known for being mainly a happy and joyous girl, who is loyal to her family and friends. She's not brutal or sadistic, she's kind and peaceful.

Weaknesses: Trust (can see the good in people, which isn't necessarily a good thing), weaponry, swimming 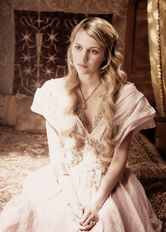 Myrcella Baratheon (Game of Thrones)
Add a photo to this gallery

Parents: Amethyst doesn't remember her parents, but now that she has been told the truth about them, she doesn't agree with their actions.

Grandparents: Amethyst has never had a relationship with her grandparents as they died before she was born.

Retrieved from "https://thehungergamesrp.fandom.com/wiki/Amethyst_Mauntell?oldid=209388"
Community content is available under CC-BY-SA unless otherwise noted.