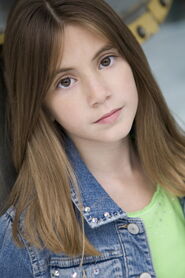 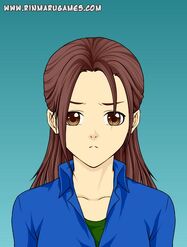 “If you can't stand training then you'll never survive the real deal.”
―Chloe

Chloe Celestine Reids is a tribute belonging to Thalia. Do not use, edit (unless adding/removing categories) or take any info without permission. Doing so will result in punishment. Typically, Chloe's district partner is Embalse Kola. The two have no relation to each other, meaning that they do not need to be entered in Games together. Chloe is currently being updated.

I'll remove this once I'm done with the new info.

Weapon: Bow, if not knives will work.

Strengths: Her experience with a bow.

Fears: The mutts from the Capitol.

Opening Ceremony: Politely wave and smile to the audience if her costume isn't horrible. If it is horrible Chloe will just sit down with her arms crossed. .

Interviews: Act sweet and make a few jokes. If she's asked about her family she'll state that she's the relative of the victor, Chester Reids.

Training: Chloe will show of her experience with a bow. That and nothing else. She may be younger, but she'll try to make sure no one underestimates her.

Bloodbath: Get the essentials and join Oscar. Chloe will only kill if she's being attacked.

Chloe grew up in one of the most poor spots in District Five, not too far from District Five's electrical fence. She's not all that smart, but came from a good family. Her Uncle Chester told her and her brother Oscar a lot about his time in the Games and how he won. This encouraged both of them to volunteer for the Games.

When Chloe was nine and Oscar was twelve, Chester started to teach the siblings about stuff that's useful for training in the Games. He told about weapons and camouflage ect. Oscar decided to try throwing knives, but failed miserably. He soon found out he was really stealthy and was good at camouflage. Chloe tried archery and was amazing at it. The siblings soon promised each other that they would both volunteer for the same Hunger Game.

Once Chloe turned twelve she was reaped. She then got to the stage and stood there staring at for Oscar to volunteer for the boy. He did.

Retrieved from "https://thehungergamesrp.fandom.com/wiki/Chloe_Reids?oldid=184172"
Community content is available under CC-BY-SA unless otherwise noted.