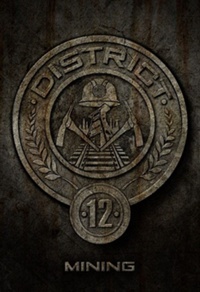 Due to none of the tributes of 12 having any experience, the tributes in this District often under perform in their Games. Their lack of skill has helped to produce few victors.

The tributes of this District, in addition to being disliked, are usually skill-less, weak, and uninteresting. They often die early on in the Games and very seldom make it out of the bloodbath. The victors are almost always a surprise.

Victors from District 12 usually win their Games through their hunger tolerance and luck. Some of District 12's victors include:

The tributes in District 12 usually don't get sponsors unless they show a lot of promise. Some of District 12's tributes include:

Retrieved from "https://thehungergamesrp.fandom.com/wiki/District_12?oldid=234015"
Community content is available under CC-BY-SA unless otherwise noted.