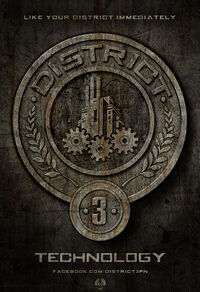 District 3 is one of the 16 Districts of Panem ruled over by the Capitol. Their industry is technology, from cars to computers, to even the Capitol defense system.

They are one of the least poor Districts, but not quite rich like Districts 1 or 2. They have a semi-good relationship with the Capitol due to the Capitol's heavy reliance on technology. Most of this District's inhabitants work in factories and are very well adept with engineering. District 3 is most likely the most intelligent District, while they lack in physical strength and knowledge of nature. This often shows in their tributes.

Victors from District 3 usually win their Games through their intelligence and trap-making abilities. Some of District 3's victors include:

The tributes in District 3 don't usually get sponsors unless they show a lot of promise. Some of District 3's tributes include: 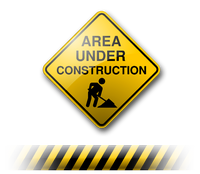 Retrieved from "https://thehungergamesrp.fandom.com/wiki/District_3?oldid=233999"
Community content is available under CC-BY-SA unless otherwise noted.