Start a Wiki
Gwyn Redsun is a male citizen from District Five, employed as a tribute in the Hunger Games during his sixth Reaping ceremony. He is under ownership of Enraptured Misfit. Please refrain from employing this tribute in your Hunger Games without his permission. If you wish to use this tribute, leave the owner a message.

He was created solely for FrostyFire's The Quain Games.

Age: He is seventeen years old.

Gender: He identifies as male (He/Him)

Weapons: Gwyn, although far from coming off as weak thanks to his appearance, is a lot more cunning than brutish and confrontational. He greatly favors long-ranged weapons, especially the bow, even though the entirety of his knowledge of the weapon stems from textbooks. Gwyn is also somewhat skilled with a dagger when it comes to close ranged confrontations, although his chances of beating a larger, bulky Career tribute in close combat without the assistance of an ally or the element of surprise by his side are near inexistent.

Personality: Gwyn is a well-mannered, polite young man that doesn't mind sparing some of his own time in order to help out a person who is in need of an extra hand. He's quite considerate towards others; going out of his way to aid people in any way he judges attainable. Aside from his charming and kind-hearted nature, one might find him to be quite the unassuming man, but something about him that sets him apart from the masses of his dull, poverty-stricken home District is his intelligence. Contrary to the vast majority of those hailing from his hometown, Gwyn is remarkably smart, being tutored by a group of the most erudite of professors residing in District 5. Thanks to an unknown benefactor spending countless of bills in order for Gwyn to achieve a polymath education, his intelligence is comparable to that of a wealthy Capitolite with access to all sorts of articles and statistics one may desire to look at, despite the limited resources his tutors had to deal with in the process of teaching him.

In spite of the fact that he's usually surrounded by textbooks and strict tutors, he's surprisingly a very easygoing and down to earth person. A natural speaker, he can easily negotiate other people into taking his side in an argument, although he's not deceitful or manipulative towards any extent. He prefers using his voice in order to solve conflict whenever he spots one, trying his best to distance himself from any form of unwarranted violence. He's quite respected because of this, but he is also bad-mouthed by some who fail to grasp his natural ability to be just and kind. He's quite modest as well, and although this may come as a surprise, he's actually not fond of the spotlight and would much rather lead a peaceful, carefree life.

Appearance: Gwyn is a handsome young man that has captivated the eyes of a handful of the girls in his home district, much to the resentment of his peers. Tall and broad-shouldered, he is known for giving off quite an intimidating aura, which does not correspond in the slightest to his easy-going and pleasant way of coming across. He keeps his hair at an unfashionable medium length, having bits of his unruly dark mane sticking up here and there. He has gleaming brown eyes that seem to glint with a passion and a dash of curiosity whenever his gaze is met. Anything dealing with the unknown perks his interest, and his eyes reflect this quality about him. 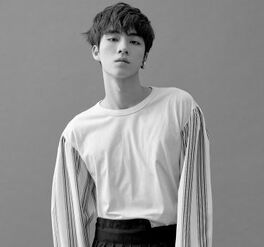 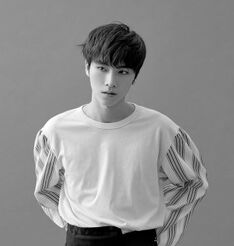 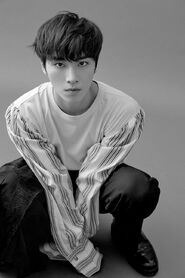 Retrieved from "https://thehungergamesrp.fandom.com/wiki/Gwyn_Redsun?oldid=235982"
Community content is available under CC-BY-SA unless otherwise noted.