Helena Krisp is a tribute made by Nightlock Kryptonite. Please refrain from using this tribute without asking me first.

Do not use any of this coding on this page without my permission. I will know if you do. 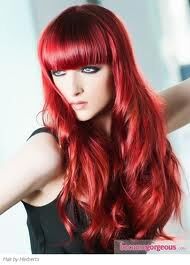 Personality: Helena is a twisted but humble girl who is not afraid to kill. She loves blood because she finds it very fascinating, unlike most of the girls she knew that would feint at the sight of a single drop. She died her hair blood red and has extracted her own blood to use for the dying. To some people she is very un-nerving because she always talks about different ways to die in a gruesome and sick ways, but to others she is very nice and unique. She has a sister called November and a aunt called Bessy. She loved them and around them, a whole new Helena came out to play, but this Helena was shy and secluded, which was very strange because she is usually very out-spoken and wild.

Alternate weapons: Broadsword and anything with a Blade.

Reaping: She was reaped but everyone thought she was dead.

Strengths: She is heartless. She can easily kill people without a second glance. She is incredibly strong willed and will never back down in the face of defeat.

Weaknesses: She can be arrogant and does have a massive soft side, but she tries to hide it from the rest of the Careers. She also hates water.

Token: A vile of her own blood.

Bloodbath Strategy: She will fight with the Careers at the bloodbath and kill as many people as possible, her preferred method of killing is decapitation because it is quick and simple and the victim will not feel pain. She will act like a normal Career, but she will be the sensible one, and never the leader. In the bloodbath she will NOT kill her District partner(s) because they will remind her of home.

Games Strategy: She will hunt with her Careers, sleep with the Careers and help the Careers, even though she isn't one she would still act like one. If a Career kills a District partner of hers then she will kill them, no matter what the consequences. If she survives the bloodbath then she will stick with her alliance until it get whittled down to like 3, then she will run off with some supplies and weapons. If she makes it to the feast (Final 10) she will start to properly hunt and kill tributes, no matter who they are. If she leaves the Careers and finds someone nice, she might make a alliance before they both start to tear each other to shreds.

Reasons for winning: To return to her District and to carry on with her life, but give a bright outlook on the games for the people she mentors. She also wants to win for her aunt and sister because they thought she died the day before the reaping.

Back-story: Helena has always been a bit of a oddball, she is obsessed with death and blood to the extent that she died her hair using the extract of her own blood, which loads of people found barbaric and wrong, but she didn't care. When she was 8 she went on a school trip with her class and they saw a man get shot by a Peacekeeper in the street. Everyone was splattered with blood and everyone cried, but she kept a straight face and giggled slightly. When she got home from the trip the school told her family about the shooting, and how she found it funny. They didn't know how to react, but how would you react of you find out your 8 year old was obsessed with blood? On the day before the reaping there was a explosion at her house and she was inside it moments before, but luckily she went to the back garden and was only knocked out by the blast. She was officially classed as 'deceased' but she woke up from under the rubble the next day and she limped into the square to find that the reaping has begun, and of course, she was reaped but the mayor whispered into the ear of the mentor, telling him/her that she was dead, but when she was about to pick another name, everyone gasped in shock as she walked on to the stage. Her sister ran up to her and hugged her until she was carted off in which took 2 peacekeepers to seperate them. They never changed her record from deceased to alive. Purely because she was about to enter The Hunger Games.

Helena done well in these, coming from the preferred District 10, and aligning with the Careers at the start, being one of two Careers recruits, the other being a girl from the Capitol named Hester. She done well for herself, proving that she isn't another in of those blood thirsty Careers, like Claudia from 2. She only decided to get one kill in the games to prove her worth, so she slit Ruby's, the girl from 13's, wrists while Lynx, a fellow career from 4, held her up. Her fascination for Lynx kept on growing. She loved watching him eat raw meat because of the blood that gracefully slid down Lynx's teeth. There Soon enough though the Careers had whittled down to just Helena and Lynx, which at that point, a feast came into play. They both decided to attend to try and even out the numbers, and at the feast Helena was fatally injured. Lynx saw this and ran over to her, but she was seconds away from death, having a chunk of neck flesh ripped out by an anti career. Then boldly, Lynx pored his instant relief into Helena's mouth, which essentially bought her back to life. After the feast they split up. Helena smartly decided to set fire to the cornucopia so that nobody would benefit from them. She was in the Earth zone when she found the bloody mess which was Lynx, and next to him was an opponent from the anti careers, Kodai Hitogoroshi from 7, who was the tribute that nearly killed Helena. He was fatally injured, and instead of claiming the kill for herself, she decided to let her leader have on last one, but the compassion in her heart made her give the little bit of instant relief to Kodai, while smearing her dead leaders blood on her cheeks and whispering him a few words. Finally, the finale came and the four remaining tribute gathered around the cornucopia for one last battle. She found herself up against Lucy Perch from 4, who betrayed the careers by killing Claudia. Helena easily won this battle, but she didn't kill her, she just wounded so that she couldn't stand up, but still be able to watch the rest of the fighting. Then she came up against Dyna Plosion, an anti career. Unfortunately, she was unable to win this battle, being stabbed in the shoulder and bought to the ground. She had a conversation with Dyna, explaining how he is no different to the careers, and he seemed to of listened. But this conversation was cut short by Wolfgang Fang of district 12, the soon-to-be victor who slammed their sickle into Helena's face. She came 4th overall in these games with the highest odds.

Helena Krisp Victor
Add a photo to this gallery

Retrieved from "https://thehungergamesrp.fandom.com/wiki/Helena_Krisp?oldid=75960"
Community content is available under CC-BY-SA unless otherwise noted.