Start a Wiki
Panem is a nation established after an unknown catastrophic event that destroyed a majority of the world, and all of North America. Panem is composed of 16 Districts, along with the governing state known as the Capitol. Each District is responsible for a specific industry. Ex: Luxury Items, Scientific Research, Technology, etc.

The country is located primarily in the remains of North America, more specifically, the former location(s) of the United States of America. Three of the Districts are located outside of the mainland of Panem, in the former locations of Hawaii, Alaska, Haiti, Cuba, and the Dominican Republic.

An unknown time before the current date, the face of the Earth changed and modern civilization was seemingly destroyed. It is unknown precisely what caused the "end of the world," but major landmasses changed shape as the sea level rose to unknown heights around the planet, hinting that North America became smaller.

Some time after the end of the world as we knew it, a nation was established in North America that would soon come to be known as Panem.

Panem eventually grew large enough that it was segmented into fourteen separate districts, each responsible for producing goods of a particular industry to serve the growing needs of the nation, and all operating under the auspices of Panem's oppressive Capitol. Its exact method of expansion is unknown; it is possible that some of the separate districts may have even once been smaller, separate nations that were eventually annexed by Panem.

A few years after the founding of Panem, District 0 was cut off from Panem, after being deemed unneeded, a waste of funding, and too far out of the way to bother with.

A decade or so after the founding of Panem, the various Districts of the nation rebelled against the Capitol, primarily due to the oppressive manner the Capitol government ruled over the Districts. After a long period of conflict and casualty, the Capitol had quelled the rebellion, defeating twelve of the Districts and obliterating District 13 entirely.

After the rebellion, the Capitol established the Hunger Games, an annual event in which twenty-four children between the ages of twelve and eighteen, one boy and one girl from each district, are chosen from a reaping and entered into a gladiatorial competition where they must fight each other to the death until only one remains standing.

The event served two purposes. The first was to demonstrate the overwhelming power the Capitol had over the districts by taking their children by force and forcing them to slay each other in a no-rules competition. It was proof that the Capitol's control over its people was so inexorable and unstoppable that they could do something so sadistic as to force the children of their conquered foes to slay each other in a battle royale. The second purpose was purely for entertainment. The Hunger Games are a nationally televised event in the same vein as a reality show, its tributes practically considered celebrities and the events themselves dramatized and glorified.

The second rebellion formed in the aftermath of the 74th Hunger Games. Katniss Everdeen and Peeta Mellark's near double-suicide at the end of the games, which was interpreted as an act of rebellion by many residents of Panem. As a result, it caused many Districts to rebel by the start of the 75th Hunger Games, which was also the 3rd Quarter Quell. During the Quarter Quell, in which past victors were reaped into the games, Katniss shot an arrow attached to a piece of wire, which was connected to a tree, into an imperfection in the force field surrounding the arena. The tree was then struck by lightning, which caused the force field to malfunction and stop working. She was rescued and transported to District 13, which had been rebuilt as an underground city-sized bunker before being bombed during the Dark Days. Beetee and Finnick Odair were also rescued. Peeta, Johanna Mason, and Enobaria were captured and held by the Capitol. In an attempt to end the rebellion, the Capitol destroyed District 12, echoing the faked destruction of District 13 during the first rebellion.

Led by President Alma Coin and Plutarch Heavensbee, the resistance overthrew the Capitol. As requested, Katniss Everdeen was to kill President Snow. However, in the heat of the moment, Katniss killed Coin and Snow died from what is rumored to of been from either suffocation or because of choking on his own blood. After Coin's death at the hands of Katniss Everdeen, Commander Paylor of District 8 was elected President of Panem and the Hunger Games were ended. 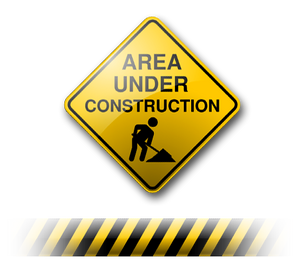 Retrieved from "https://thehungergamesrp.fandom.com/wiki/Panem?oldid=221728"
Community content is available under CC-BY-SA unless otherwise noted.