This tribute belongs to the user Emasheep. Do not use without Emasheep's permission.

Saffron is a very confident guy and has this very bubbly personality, that might be either pleasant or irritating. He always wears a smile when meeting new people, and tend to get really passionate about the things he care for. He might seem very open, but suprisingly enough he has difficulties forming bonds with other people. This isn't really an issue for him though. He might sometimes be ignorant to things that is not interesting to him. His attention span is also really short, but he does manage to keep serious when needed. He has no problems with putting himself first in any situation, and might try to even twist things to his favor.

Saffron is suprisingly cunning, able to react and act very quickly. He seems to be very lucky in general, and can really talk for himself.

Team up for his own benefits or keep to himself.

Saffron would definitly play on his charm in order to gain sponsors. He would be pretty chill about the situation and come off as confident. He knows how bad it would sound if he bragged though, so he tries his best to be humble.

Run and hide until people calm down, and later try to talk himself into an alliance.

Just try his best to survive as best as he can. Think before he act and try to get into an powerful alliance. Run if trouble shows up and do not trust anyone entirely.

Saffron was born into a somewhat wealthy family and has really never needed to really struggle for anything. But having two younger sisters(twins actually) and an older brother, he had to learn to talk himself out of problems that he might or might not have caused. This habit grew into making him a person who can really talk for himself. Having so many siblings caused him to not get that much attention himself, making him kind of hungering for it. As he grew up, he found out that participating in the Games could get him the fame he wanted. But he were too much of a chi cken to volunteer until after he turned 18, as of last resort. 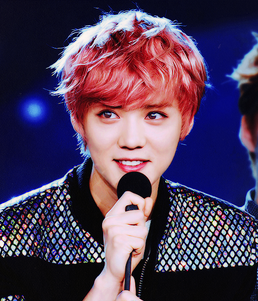 Saffron during the interview
Add a photo to this gallery
Retrieved from "https://thehungergamesrp.fandom.com/wiki/Saffron_Teiun?oldid=122045"
Community content is available under CC-BY-SA unless otherwise noted.